We are located in Dunnellon, FL, where the crystal clear Rainbow River meets the Withlacoochee River. Dunnellon is located 20 minutes from Florida’s “Treasure of the Nature Coast”. An outdoor lover’s getaway, Dunnellon strives to preserve its history and natural landscapes. It is a community which embodies Old World Florida and Small Town Charm. Where two beautiful rivers meet, this is a community rich in fishing, hiking, snorkeling, canoeing, camping, golfing and other outdoor activities. The crystal clear Rainbow River, with water reminiscent of the Caribbean waters, has its headwaters at the award winning Rainbow Springs State Park, just on the outskirts of the town of Dunnellon. This is Florida’s second largest artesian spring with 72 degree year around temperature of the waters emerging from the multitude of springs.

The Rainbow River then merges with the Withlacoochee River, a dark and mysterious river abounding in marine life and winding its way among reedy hideaways, toward Lake Rouseau. The lake is formed by a spillway and dam, on the other side of which, it rushes down toward the Gulf of Mexico just 20 minutes away from Dunnellon. 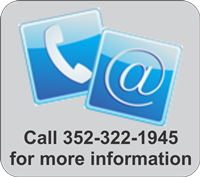